The rush of mimi-computers, word processors, and other electronics devices into the general office has spawned a host of design problems. Taking up arms against these problems are an army of design solutions and newly designed furniture. Though the forces have met, the outcome of the battle is far from clear. 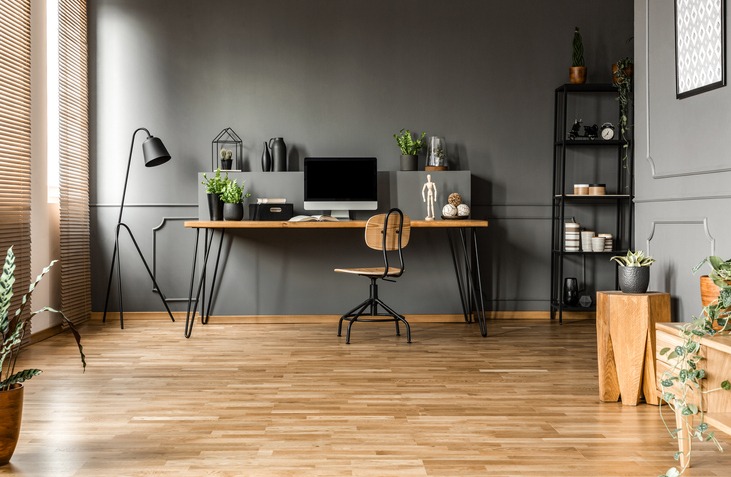 Perhaps the chief design problem in the electronic office is change. In the view of Dr. Francis Duffy, the British architectural and interior design researcher, “shell” and “scenery” are the key concepts in understanding how to deal with change in the interior. The “shell” is the primary structure of the building. The “scenery” includes everything except the walls, floors, foundation, and roof.

Dr. Duffy feels that the shell’s life is 40 to 50 years, and that it should not be designed too specifically for specialized uses, since the uses of a structure will change throughout its life. Many shells designed too specifically are obsolete before move-in. Duffy sets the maximum life for the scenery at seven years, but with the unending changes in the office, this may be reduced considerably.

Of course, many changes in today’s office equipment, including the computer and parts of it, come from advances in information technology. Laser video disc information storage and retrieval, for example, stores so much information so accessibly at reasonable cost that many users will switch to this technique, necessitating changes in equipment. Filing cabinets will continue to disappear as files go into the computer’s memory. Copiers will diminish in number as faster and more efficient printers make the computer become the copier, just as the typewriter is incorporated into the computer and word processor now.

The electronic office is impermanent.

As each new device comes into use, it means rearrangements of office interiors, including reorganization of its wiring. Field reports say that reusable anti-static carpet tiles with very thin flat cable wiring underneath are working well for power and telephone. However, these new devices will increasingly be interconnected into networks which require a more complex wiring system. These networks will be within the office, the city, and the nation; several are already international. This means that provision for this kind of wiring must be included in plans.

To deal with future rearrangements for the neverending stream of new office devices, some experts recommend that all walls except those protecting the interior from the weather be movable and demountable. This calls for screens in open offices and demountable partitions for private ones. Like theater properties, the scenery must be flexible and changeable.

Video teleconferencing poses another problem for office design. It already has spread widely. A recent survey of frequent business flyers showed that 39.3%, almost two out of five, had participated in a video teleconference. As satellite time sharing increases and more companies compete with Ma Bell for the business, video teleconferencing will be increasingly used for plant-to-plant, state-to-state, and international conferences.

In the present situation, furniture for use with computer terminals is being designed to alleviate physical symptoms of terminal operators. Research here and in Europe has turned up the following concerns: headaches, perhaps from visual overload and fatigue; excess electromagnetic radiation; muscle, joint, and tendon pain, especially in the back, neck, and Wrist; irritabiliy; depression; anxiety; blurred vision, burning and irritated eyes, eyestrain, and glare discomfort. Symptoms of physical discomfort have been found to be more pronounced for computer operators than for office workers doing other jobs.